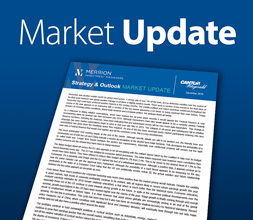 December: Global equities finished the year with a +3.3% gain on the month to stand 27.3% higher for the year. The year finished with a flurry of increased volatility as the Federal Reserve pivoted its policy towards faster tapering of asset purchases and sooner-rather-than-later interest rate increases, the ECB took its first steps towards the exit of its extraordinary pandemic response and the Bank of England raised interest rates. This tightening of monetary policy in the west came amid the Omicron wave of Covid which raised fears of fresh lockdowns and curtailment of economic activity. An additional blow for economic growth expectations came as President Biden’s signature Build Back Better programme hit a significant snag in as Senator Joe Manchin appeared to oppose it.
The Federal Reserve has made it very clear that bond purchases are to end in the Spring and rate hikes will begin very soon after. This was a difficult message to deliver, and at first glance they appear to have managed to convey it without delivering a 2013-style taper tantrum – there was little discernible impact on equity index levels in general (they’ve gone violently sideways), and the long end of the bond market initially rallied (i.e. interest rates fell). However, the two-month build up to this policy pivot did cause untold damage to the equity mix below the surface.
The equity market has essentially tried to front run the bond market’s expected reaction to this policy pivot by selling in a Pavlovian manner the perceived losers from rising rates and buying the historical winners. By some measures there has been a record disposal of technology exposure, with a capitulation akin to Spring 2020. The only issue is that long dated bond yields initially moved lower, and although they have risen since mid-December, they remain well below the levels from earlier in the year.

Talk to us today about Merrion Investment Managers